Let me begin by letting you know that real estate market forecast are always in retrospect. So because we are still in the month of April, this report is through the month of March. April’s reports won’t be available until mid May.

First off, the existing home prices. There’s a monthly real estate market forecast report that comes out from NAR. We can see the prices are still up pretty nicely year-over-year across the whole country, but the U.S. number dropped down to 3.6 percent. That’s normal appreciation. If we look back over time, historic appreciation is about 3.6 percent, and I think that’s where we’re going to be. There are some that think the pendulum will swing a little bit too far one way, and we might drop a little bit below that 3.6 percent. Then there are other people saying that because we’ve had such a great start to this year, they might actually change their projections going upward, all right.

The year over year FHFA real estate market forecast breaks it down by region, so I can show you exactly what the year-over-year price increase by the region that you’re in. And we can see still that there’s strong appreciation throughout the country. There is no part of the country that is experiencing depreciation, most definitely, but not even weak appreciation. And then we have the year-over-year change in price from CoreLogic. And what they’re showing is there are two states, Louisiana and North Dakota that did see a minor depreciation in this past year, but the rest of the country is very, very strong still. And let’s see what happens moving forward, because if we look at the forecasted year-over-year percent change in price, they think that North Dakota and Louisiana, along with the rest of the country, is going to be just fine.

When I looked at the Case-Shiller report, January 2019 being their most recent report, I saw that we came in for a soft landing over the last 12 months. And we’re going back to normal appreciations, which is what I told you was going to take place almost a year ago, that we’re going to come into 2019, and prices, you know, inventory was going to rise. The balance between inventory and demand was going to, you know, come into a much closer situation, and therefore, prices weren’t going to continue to shoot up at that six and seven percent number that we had seen, and we were going to go back to more normal appreciation.

Also, what just came out was the Home Price Expectations Survey, and they show a panel of over 100 economists, real estate experts, and investment and market strategists. They give us exactly what the breakdown has been, and that’s where we get the number for the historic appreciation. According to them pre-bubble from 1987 to 1999, appreciation in this country on an annual basis was 3.6 percent. During the bubble, that number almost doubled to 7.1 percent. Then obviously, we had the bust from June 2007 to February 2012, where prices on an annual basis dropped by more than six percent. The good news is since the recovery of March 2012 to December 2018, the last month they cover, recovery is at 6.2 percent. So, what we’re seeing now is we’re getting back to a normal type of situation

What are they projecting going forward? What’s the real estate market forecast? Cumulative house appreciation by 2023, if we take a look at all 100 projections, we can see that they think that during that period of time, home values are still going to go up 17.1 percent. The most optimistic one quarter of those surveyed think we’re going to have real strong appreciation over the next five years, and they think it’s going to be at 28.3 percent. But even the bears, the most negative one quarter of that survey, still think prices are going to go up. They’re not calling for depreciation. They just think it’s going to go up at a much slower rate, that the cumulative appreciation by 2023 will be 6.6 percent. If we break it down, again, the Home Price Expectations Survey, by year, we can see that they think it’s going to be strong this year. And then it’s going to balance out. Remember, I told you the pendulum might swing a little bit below that 3.6. They think that’s what’s going to happen over the next couple of years.

The bottom line here is that real estate is still a good investment. The market is still in a good place for both home sellers and home buyers. While home appreciation has slowed, it’s simply normalizing. Home values are expected to continue appreciating at a healthy rate over the next five years. 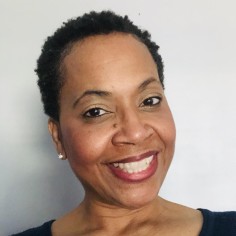